Efforts to increase speed limits on Iowa freeways and rural roads failed in the Legislature this year amid safety concerns, but officials acknowledged such moves are popular with drivers and likely will come before lawmakers again.

Several bills were introduced in the state House this session, but all died before votes by a full committee. 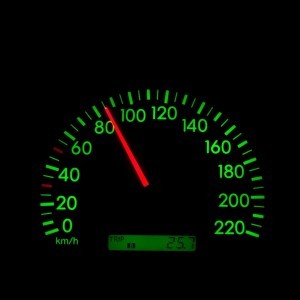 One measure would have allowed speed limits of 75 mph on some stretches of interstate freeways, up from the current 70 mph. One bill would have raised the limits on some rural, two-lane roads from 55 to 60 mph, and another would have pushed that limit to 65 mph.

Although legislators didn’t support the changes, some truckers at a fueling spot in the Des Moines suburb of Clive seemed ready for the higher speeds allowed in states neighboring Iowa. Interstates in Nebraska and Kansas have speed limits of 75 mph and in South Dakota some freeways have 80 mph limits.

“As soon as we go out of state then they’re going faster anyway,” said Herb Schreur, a truck driver based in Eagle Grove.”`It wouldn’t be that big of an adjustment.”

Dwight Price, a truck driver from Springfield, Missouri, makes frequent trips through Iowa while hauling products to Oregon and Northern California. He thought truckers might have trouble driving the higher speeds on Iowa’s often hilly and curving freeways but said car drivers wouldn’t have a problem.

Rep. John Landon, R-Ankeny, was part of a three-person subcommittee that in February approved the speed limit increase bills. Landon said it makes sense for Iowa’s freeway speeds to match adjacent states, making for a seamless experience for drivers, but he mainly wanted to give the full House Transportation Committee a chance to weigh in.

“I think there were a lot more questions than answers,” he said.

In part because of those questions, including concerns about safety and cost, the bills stalled.

Although the Iowa Department of Transportation was neutral on the proposals, Steve Gent, the agency’s director of traffic and safety, said he had concerns, especially about safety. Gent pointed to an Iowa State University study that found in the four years following Iowa’s move from a 65 mph speed limit to 70 in 2005, the number of fatal crashes was nearly 30 percent higher compared to the four-year period before the change.

“Increasing the speed limit on the interstate is not going to be good from a safety perspective,” he said.

Gent noted, however, that it’s hard to draw conclusions because there are few fatal crashes on interstates. The study found that deadly crashes increased on average from about 19 to 25 per year in that timeframe, although the results are similar to a random variation in data.

The cost of changing interstate speed limit signs would be just under $124,000, but changing speed limits on rural two-lane roads would be much costlier. Because pavement markings in no passing zones would need to be resurveyed and redrawn, the cost would climb to between $4.6 million and $6.5 million, Gent said.

In 2011, Kansas lawmakers approved legislation allowing the state’s Department of Transportation to increase freeway speed limits to 75 mph. Steven Buckley, a state highway safety engineer, said the department compared fatalities three-and-a-half years before and after the increase took effect and found that fatalities rose 22 percent on roads with the increased speeds.

During that period, fatalities on the entire state highway system decreased by 5 percent.

Buckley said Kansas State University is studying the increase in fatalities in faster-speed areas, and when lawmakers proposed another speed limit increase to 80 mph, the Transportation Department objected until it better understood the trend.

“It has caused us to say, ‘Let’s hold off,”‘ he said. “Before we jump and raise the speed limit any further, let’s see what’s behind these numbers.”

Russ Rader, a spokesman at the Insurance Institute for Highway Safety, said 41 states have raised speed limits to 70 mph or higher on some portion of their road system in the years since 1995.

In Iowa, Sen. Tod Bowman, chairman of the Senate Transportation Committee, said he views such measures as a public safety concern.

“Am I in support of increasing accidents and fatalities? No. I’m not,” he said.

“It’s that fine line between safety and convenience,” he said. “If the general public sees it more as a convenience, five (mph) wouldn’t matter that much. I think that’s where bills like that get more traction.”