A change to the state system for paying medical bills and lost wages for injured workers in Kansas has some fearing big lawsuits and others looking forward to cost savings.

Starting Jan. 1, the state began rating injuries using an updated version of a medical guide that is less generous to workers, The Wichita Eagle reports. A bill that would move the state back to the older guidelines was introduced in the Legislature but has stalled.

While the change means lower premiums, constitutional law experts as diverse as Secretary of State Kris Kobach and Washburn University law professor Bill Rich say there is a down side. The state’s switch to a new medical guide will slash, or in many cases eliminate, payments to injured workers. That, they say, could bring down the entire compensation system and throw workers’ cases into the courts, where damage awards could run into the millions, rather than the thousands they’re capped at now. 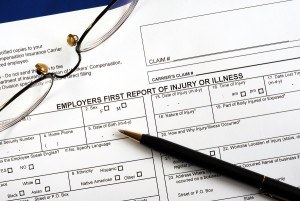 “I think the most apt analysis is a train wreck seems to be coming,” Kobach said.

It’s too soon to see the effect on individual injured workers because the changes in state law just took effect in January and cases haven’t had time to work their way through the system. Lawyers estimate it will take the rest of the year for the first test cases to come to court.

Rich said the benefits have to provide adequate compensation to injured workers, and the state Supreme Court would likely rule that the recent changes made by the Legislature have cut payments too much, making the system unconstitutional.

The workers “will have a perfectly valid claim that the Legislature has taken their right (to a trial) away and hasn’t given anything back in return,” Rich said.

Many of the state’s business associations disagree with the Kobach/Rich analysis. The Kansas and Wichita chambers of commerce both testified in the Senate opposing the bill that would restore damage awards for injured workers to what they were until this year. Joining the chambers of commerce were the Kansas Livestock Association, the National Federation of Independent Business and Spirit AeroSystems.

“I get where they (Kobach and Rich) are coming from. This does reduce the judgments on awards,” said Jason Watkins, a former state representative who is now a legislative consultant to the Wichita Metro Chamber of Commerce. “That doesn’t mean the courts are going to say it’s not constitutional.”

“If and when we do meet that test, the Legislature can deal with it and make whatever changes the courts say they need to make,” he said.