“Pollution” is typically defined in the standard general liability policy as “any solid, liquid, gaseous, or thermal irritant or contaminate including smoke, vapor, soot, fumes, acids, alkaloids, chemicals and waste.”

The question of whether a particular material is a “pollutant,” “contaminate,” “irritant,” or “waste” within the meaning of an absolute or total pollution exclusion has been the subject of much litigation.

Some courts take a broad view of these terms and expand their scope beyond traditional environmental pollution to include many non-traditional materials because of their caustic nature, product warnings, product literature, and the possibility of “irritation” upon use.

Other courts, however, have held that pollution exclusions should be limited to cases of traditional environmental pollution that involve wide distribution of a substance recognized to harm the general public or the environment generally. 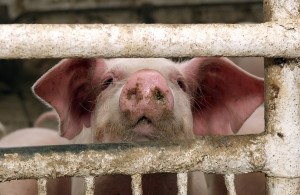 Recently, the Illinois Court of Appeals refused to add odors from hog farming to the list. In Country Mut. Ins. Co. v. Hilltop View, LLC, 998 N.E.2d 950 (Ill. Ct. App. 2013). The claims brought against the insured by neighboring property owners involved nuisance and negligence predicated on alleged odors associated with the operation of a confinement hog farm and the land application of manure from the confinement hog farm on the property. Previously, the Illinois courts had held that pollution exclusions should be limited to cases of traditional and environmental pollution that involved wide distribution of a substance recognized to harm the general public or the environment generally. See, e.g. American States Ins. Co. v. Koloms, 177 Ill.2d 473, 227 Ill.Dec. 149, 687 N.E.2d 72 (1997).

The Court in Country Mutual began its analysis by distilling the crux of the neighbors’ claims against the insured. The Court found that the crux of the neighbors’ claims was that odors from: (1) the insured’s hog confinement farm; and (2) the application of the hog manure to surrounding fields were hazardous and the substantial foul and obnoxious odors resulting from those activities caused the neighbors to suffer a loss of enjoyment of their property and harmed their way of life as it existed before the swine factory began operation.

Reviewing the neighbors’ complaint, the Court of Appeals did not find that the hogs, their manure, nor the smells associated with the hog operation constituted traditional environmental pollution. In reaching this conclusion, the Court noted:

Hog farms have been around for a long time, and neighbors of hog farms have dealt with the smells created by hog farms ever since. These farms have been traditionally thought of as a source of food, not pollution. This is not to say a hog farm, especially a confinement hog farm could never pollute. For example, if a hog farmer dumped hog manure into a creek instead of spreading it on his fields, it might be difficult not to categorize the contamination of the creek as a form of traditional environmental pollution. However, we are not faced with that sort of situation in this case.

The insurance company, trying to present a case of “traditional environmental pollution” argued that the odors were consistent with the Illinois Environmental Protection Act’s (Act) treatment of odors as “air pollution.”

The Country Mutual decision demonstrates that insurers may be “hog tied” in arguing for an expansive view of “traditional environmental pollution” for purposes of application of pollution exclusions in Illinois.