Regulators also proposed tougher penalties for providers who violate state safety standards. Training in safe sleep practices for infants would be required annually, instead of every five years. Providers would also be required to get additional training on health and safe supervision and check on sleeping infants every 30 minutes.

The proposals, which the Legislature will consider over the coming weeks, follow a Star Tribune investigation last year that revealed a sharp increase in the number of children dying in home day care settings since 2007. 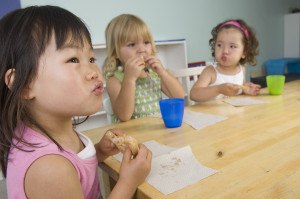 The newspaper found that children were dying in licensed home day care settings at a rate of roughly one per month. Nearly half the infant deaths since 2002 involved violations of safe-sleep rules. Investigators also found evidence of overcrowding and poor supervision in some cases.

The Minnesota Licensed Family Child Care Association, which represents many of Minnesota’s 11,000 in-home providers, has not taken a formal position on the proposal. But the association’s executive director, Katy Chase, said she doesn’t expect major opposition from the group.

“We’re all about safety, health and professional development,” said Chase, who has been discussing the proposals for weeks with Minnesota Department of Human Services officials.

In an effort to improve the quality of supervision, regulators last year briefly considered a proposal to reduce the number of children in home-based care.

That was widely opposed by in-home providers, who said fewer children would mean less income and perhaps put them out of business. Regulators chose not to include it in the reform package, according to Jerry Kerber, DHS inspector general.

“I’m hopeful people will find this is a reasoned, balanced approach to a really serious issue,” Kerber said.