A boy who shot his best friend in the eye during a paintball game isn’t liable for the injury, a Wisconsin state appeals court ruled Tuesday.

Alex Freese, 13, Jett Houston, 14, and other members of their baseball team spent a day in July 2008 playing paintball on teammate Jacob Stelter’s parents’ land in Polk County, according to court documents.

Stelter’s 20-year-old brother, Kyle, was the only adult home during the games, according to a brief filed by Freese’s attorneys. He warned the players not to take off their protective facemasks. 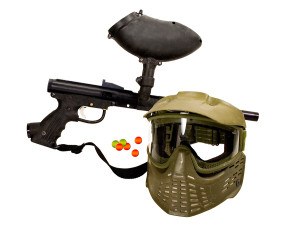 Houston, though, removed his mask during a time-out to let another player leave the game. Freese, who was hiding about 45 yards away, shot Houston in the eye. Freese said later he didn’t realize anyone had called a time-out.

Houston suffered a detached retina, resulting in a permanent loss of vision in the eye, his attorneys wrote in a brief.

He filed a lawsuit alleging Freese was negligent and reckless. The lawsuit also accused the Stelter family of negligence, according to the family’s attorney, James Robert Johnson.

Polk County Circuit Judge Molly E. Galewyrick dismissed the claims against Freese. The judge pointed to a section of state law that declares participants in team contact sports are liable for injuries only if they hurt someone on purpose or acted recklessly. Freese wasn’t reckless and is therefore immune from liability, the judge ruled.

Houston’s attorneys argued on appeal those statutes don’t apply. Paintball isn’t a contact sport because players don’t touch each other and the boys’ games didn’t involve organized teams. They also contended Freese should have known a time-out had been called and realized Houston had removed his mask.

The 3rd District Court of Appeals agreed with the circuit judge. Physical contact in paintball comes when players shoot each other with pellets and a group of players doesn’t need a coach, uniforms or a schedule to qualify as a team under the law, the court said.

Nothing indicates Freese was reckless, the court said. The players weren’t supposed to remove their masks, Freese testified he never heard anyone call time-out and one of Houston’s teammates testified Freese was so far away he very well may not have heard the time-out call, the court noted.

Freese’s attorney, Pat Heaney, praised the decision, saying it reinforces the statutes that ensure people can play contact sports without being sued.