A devastating frost in southwestern Michigan has killed thousands of acres of grapes grown for juice, the latest crop casualty in an unpredictable spring that began with temperatures in the 80s. 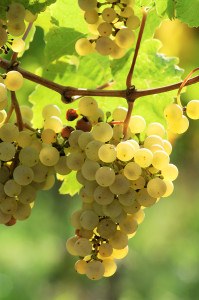 A surveyor for National Grape Cooperative, better known as Welch’s Foods, said he went through hundreds of acres before even finding a live bud. John Jasper estimates more than 10,000 acres were destroyed Thursday, mostly in Berrien, Cass and Van Buren counties.

Grape farmers in Berrien, Cass and Van Buren counties collected $24 million in 2011, but Jasper said they would be lucky to net $2 million this year. He said Welch’s gets approximately 17 percent of its grapes from southwestern Michigan. The cooperative, based in Westfield, N.Y., has other growers in New York, Ohio, Pennsylvania, Washington state and Canada.

“A lot of these guys know the numbers and they know they’re in trouble. … This is probably our worst year,” Jasper said of Michigan growers.

It’s been an anxious spring for farmers who grow fruits and vegetables in the East and Midwest. High temperatures tricked plants and trees into ending their hibernation early before cold overnight temperatures put much of the new growth at high risk.

“You can see the black,” he said of the buds. “All of them look the same.”

U.S. Rep. Fred Upton, R-Mich., wants a disaster declared for vineyards in the region. His office said grape growers could qualify for low-interest loans from the U.S. Agriculture Department.