The tornado that struck the Wichita area 20 years ago is one of the deadliest in Kansas history.

The EF-5 tornado killed 17 people on April 26, 1991. No tornado in Kansas since then has matched that number.

Yet when describing what is commonly known as the Andover tornado, two prominent weather officials often use an unlikely word: lifesaver. 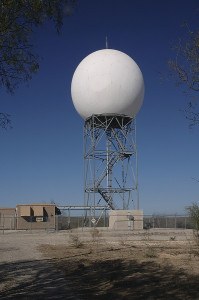 The tornado struck while a new radar system was being field-tested, and the radar performed so well that instead of being canceled it was approved for production, officials say.

The Andover tornado was part of an outbreak that spawned more than 50 tornadoes in six states. The outbreak is significant not just for its size, but for its timing:

It occurred during a 10-day test period mandated by the purchasing arm of the National Weather Service, said Les Lemon, who was a chief design engineer for Unisys, the firm developing a new radar at the time.

The agency – the Joint Systems Program Office – told Unisys, “‘We want to do a readiness review of your radar to see where you are in getting the radar ready for full production,”‘ said Lemon, now a research meteorologist in the weather service’s warning decision training branch in Norman, Okla.

The new radar had been plagued by a series of delays. Numerous friends within the government, Lemon said, warned him that the “readiness review” was actually intended to demonstrate the radar prototype was deficient so there would be grounds to take the development contract away from Unisys and award it to Raytheon.

Unisys and Raytheon were competing to develop a new radar to replace equipment that was more than 30 years old.

The Unisys radar used Doppler waves to look inside a thunderstorm. Test runs had uncovered what Lemon calls “the tornadic vortex signature”: powerful winds blowing in opposite direction right next to each other, which indicates strong rotation.

But the designers were at Mother Nature’s mercy to show what the new radar could do. The 10-day window began April 20, Lemon said.

The new radar, dubbed NEXRAD – for NEXt generation RADar – was set up in a partitioned area of the Oklahoma City branch of the National Weather Service because Lemon knew spring in Tornado Alley was a prime time for severe weather.

Meteorologists were not supposed to use the radar in making forecasts, Lemon said.

But on the day of the outbreak “it proved itself so thoroughly and so quickly that meteorologists in the Oklahoma City office were literally running back and forth to look at the Doppler to confirm their warning decisions,” said Mike Smith, senior vice president of AccuWeather Enterprise Solutions, which until last month was known as WeatherData Inc.

The meteorologists in the Oklahoma City office issued more warnings that day than on any day in the previous three years, Lemon said – and with much greater accuracy.

“They were just thrilled with the radar performance,” Lemon said.

While the radar was too far from Wichita to offer a detailed look, Lemon said, “We could see the Andover storm quite well.”

So well, in fact, that forecasters in the Oklahoma City office predicted the tornado would move near McConnell Air Force Base at 6:29 p.m. and would be near Andover between 6:35 and 6:40.

The Wichita office’s radar, installed in 1957, could not accurately track the two large April 26 tornadoes in its coverage area.

Officials at a House Science, Space and Technology subcommittee on the environment meeting in Wichita more than two months after the outbreak were told that the Wichita office had to rely heavily on reports by spotters to track the storms’ path and progress.

Armed with the data from April 26, supporters of the NEXRAD headed to Washington.

“We made sure Congress knew how the radar performed,” Lemon said.

The NEXRAD was approved, and installation at weather service offices began a year later. The Wichita branch received its new radar in mid-1992.

If the contract with Unisys had been canceled and the process started anew, Lemon and Smith said, several years would have passed without any new radar in place.

“Without question, there would have been additional fatalities” because of the limitations of the 1950s-era radars still in use, Lemon said.

Smith estimates the debut of upgraded radar may have been delayed as much as eight years – meaning it may not have been in place for the deadly tornado outbreak in Oklahoma and Kansas on May 3, 1999.

When he gives presentations at conferences, Lemon likes to use the Andover tornado as an example of what Doppler radar can do.

Smith considers the Andover tornado so significant in the history of weather forecasting he included the story surrounding the NEXRAD radar in his book “Warnings: The True Story of How Science Tamed the Weather.”

If the old radar had been in use when a massive tornado hit Greensburg in 2007, Lemon and Smith say, the death toll would have been much, much higher than 11.

The Greensburg tornado was nearly an identical twin to the Udall tornado of 1955 – the deadliest tornado in Kansas history.

Unable to detect a hook echo in the thunderstorm on radar late on that May night more than 50 years ago, forecasters decided the storm must have weakened.

Hearing the worst of the storm threat had passed, residents of Udall went to bed. Minutes later, the tornado hit. More than 80 people died.

As a tornado nearly two miles wide closed in on Greensburg four years ago, Lemon said, its hook echo vanished from the radar, too.

The storm was actually intensifying, he said, and the Doppler radar demonstrated that.

Had the old radar still been in use, however, forecasters might have drawn the same conclusion their predecessors did in 1955, Lemon said – and relieved Greensburg residents would have emerged from shelter just in time for the tornado to hit.