A new published report on ocean warming, issued this week at the World Conservation Congress, makes clear the scale of ‘ocean risk’ for the first time. The International Union for Conservation of Nature (IUCN) report, funded by global (re)insurer XL Catlin, says that ocean warming is already affecting people throughout the world with significantly greater impacts to come in the future. 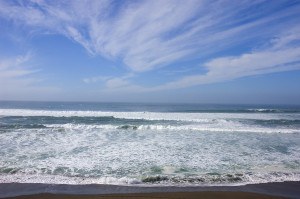 The report, titled “Explaining Ocean Warming: Causes, Scale, Effects and Consequences”, describes the phenomenon as ‘one of the greatest hidden challenges of our generation’. The analysis report was compiled by 80 scientists from 12 countries.

“It is clear that the scale of impacts described in this report underscores the need to review and reconsider the risks associated with the changing state of the ocean. It is a powerful wake-up call about the risks posed by ocean warming,” said Mike Maran, chief science officer for XL Catlin. “There is a lot more the insurance industry needs to do to understand ocean risk, what is happening to the ocean’s health, what risks it poses to our clients across industries and how we can help address these challenges.”

According to this scientific review, fundamental changes to the ocean’s chemistry, physics and the wealth of life it supports are already evident with human food security and health under threat along with dangers from more extreme weather events and reduced crop yields. ‘Ocean Risk’ describes the potential impacts these changes may have on businesses, society and ecosystems around the globe.

The report also identifies other changes to ocean health including acidification and de-oxygenation which will impact every level of marine life from the smallest plankton to mammals.

The report’s recommendations call for closing the gaps in scientific knowledge about the impacts of ocean warming which are evident, prevalent and expected to alter our way of life. A continued cut in greenhouse gas emissions is recommended and a move away from attempts to protect biodiversity to a more active management and even restoration of biodiversity and ecosystems.

XL Catlin has been involved in supporting scientists’ work on ocean change since 2009. It invested in research expeditions to the Arctic Ocean to understand changes to the Arctic environment from sea-ice loss and has funded the most comprehensive digital survey of the world’s coral reefs, creating a baseline record that is available to researchers at the XL Catlin Global Reef Record. Work is continuing with the recently-launched XL Catlin Deep Ocean Survey, a multidisciplinary scientific research program that will create a new standardised methodology to be used by marine biologists for measuring physical, chemical and biological indicators for the purpose of assessing the function, health and resilience of the deep ocean.