The number of deaths in jetliner disasters spiked last year despite there being fewer accidents in total, an international airline industry group said Monday.

The International Air Transport Association said in its annual safety report that 641 people died in airline accidents in 2014. Its figures don’t include the 298 people killed when Malaysia Airlines Flight 17 was downed over Ukraine.

IATA said last year was marked by two “extraordinary and tragic events” both involving Malaysia Airlines: Flight 17 and earlier in the year the disappearance of Flight 370 which was carrying 239 people. 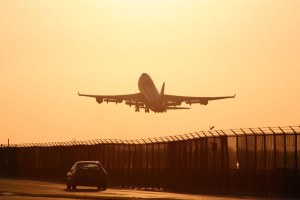 The IATA numbers don’t count Flight 17 because the plane was shot down by anti-aircraft weapons and so wasn’t classified as an accident.

The number of fatal airplane crashes fell to 12 last year from 16 the previous year and the five year average of 19.

The group said that translated into one serious accident in which an aircraft is destroyed or severely damaged for every 4.4 million flights, a record low. In 2013, the so-called hull loss rate was one plane written off for every 2.4 million flights.

IATA Director-General Tony Tyler said flying overall was getting safer despite a string of recent disasters involving Asian carriers that has raised concerns about flight safety and left the region’s serious accident rate higher than the global average.

“It would be a mistake to think that flying in Asia is unsafe, but it would also be naive to think there were no issues at all,” Tyler said.

Airlines have expanded rapidly over the past decade in Asia, particularly in Southeast Asian countries such as Indonesia and Malaysia, straining the region’s aviation infrastructure and runway capacity and forcing carriers to scramble for pilots.

Three of last year’s 12 plane crashes involved jet aircraft and accounted for the bulk of the deaths. In December, an AirAsia jet carrying 162 people crashed into the Java Sea. In July, an Air Algerie jet went down in Mali during bad weather, killing all 116 aboard.

The nine other crashes involved turboprop aircraft, including a TransAsia ATR-72 that crashed in July on the Penghu island chain in the Taiwan Strait, killing 58 people.

Another TransAsia turboprop crashed in February this year, killing more than 40 people.