Blue mozzarella has been spotted again in Italy. 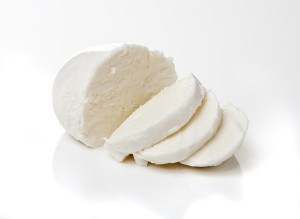 Police say they are checking supermarkets in and near Frosinone, south of a Rome, after consumers on Tuesday and Wednesday said the white cheese they purchased turned blue after its packaging was opened. No one was reported ill.

Authorities said the suspect cheese is being analyzed to understand why it turned blue.

In June 2010, Italian police seized over a ton of mozzarella after reports of cheese that began turning blue when removed from packaging. That cheese was produced by a German manufacturer which later blamed a harmless bacteria. Health officials said then they received no complaints of illness.