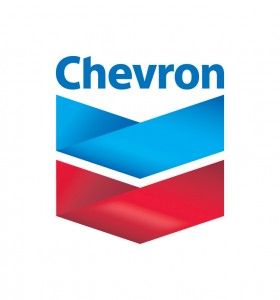 U.S.-based Chevron Corp. was not prepared for the offshore oil leak at one of its wells, the head of environmental affairs for Brazil’s federal police said Saturday.

Fabio Scliar said Chevron personnel at the well told his investigators that they were “completely unprepared to handle an emergency such as this.” He spoke to The Associated Press by telephone.

He said Chevron was alerted to the spill on Nov.7 by Brazil’s state-run oil company Petrobras, which operates a well in a nearby region.

Ibama, Brazil’s environmental protection agency, said on Friday that nearly 110,000 gallons of oil may have spilled into the Atlantic Ocean. Chevron had earlier said that the spill totaled between 16,800 to 27,300 gallons.

Chevron said it is working to plug the seep and has sent 18 ships to monitor and clean it up.

Scliar said Chevron had to borrow sonar equipment from Petrobras to determine the exact spot of the leak.

“The fact that Chevron had to borrow the equipment also shows that it was unprepared to respond to an emergency,” he said.

Experts say the oil is believed to be seeping from the seafloor near the well and not from the well itself. Brazilian officials are investigating the cause of the leak, but say the drilling caused it to increase significantly.

The well is part of the Chevron-operated Frade project. It is located 3,800 feet (1,200 meters) underwater and 230 miles (370 kilometers) off the northeastern coast of Rio de Janeiro state.

The oil slick, which was moving away from the coast, grew to 11 miles (18 kilometers), Ibama said. Most of the oil was concentrated around the drilling rig in a layer about 3 feet (1 meter) thick.

The drilling contractor for the well is Transocean Ltd., the owner of the Deepwater Horizon rig that oil company BP PLC was leasing at the time of last year’s Gulf of Mexico oil spill, the largest in U.S. history and one that dwarfs the Brazilian leak. At its peak, BP’s Macondo well was spewing more 2 million gallons a day.

ANP, Brazil’s national petroleum agency, said on its website that “the first stage of cementing, to permanently abandon the well, was successfully completed.” The regulator said the success of permanently plugging the well would be known “in the coming days.”

ANP also said underwater footage showed that a “residual leakage flow” was continuing, but that “the oil slick continues moving away from the coast and is being dispersed, as desired.”

In its latest statement posted on its website, Chevron said that “current monitoring indicates oil from the seep lines has been reduced to infrequent droplets.”