New York’s Scaffold Law doesn’t improve workplace safety and diverts millions of dollars to litigation and insurance, that’s according to a study released earlier this month by researchers at the University at Albany and Cornell University. 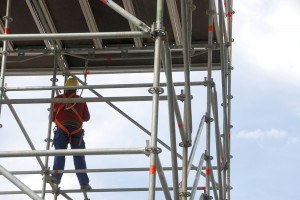 The study found that the state of New York, which is the only state in the nation to have the law, incurs 677 additional workplace accidents per year as a result of the law.

Researchers concluded that, “analysis indicates that Labor Law 240 [Scaffold Law] increases the construction injury rate in the occupations to which it is applied.”

Researchers discovered the law diverts approximately $785 million away from schools and local governments to pay for litigation, lawsuits and insurance. The study found that the total estimated cost of the Scaffold Law was between $2.92 and $3.01 billion annually. The total estimated cost includes the cost to the private sector ($1.487 billion), workers’ compensation payments and medical costs.

Additional injuries associated with the law cost the state between $34 and $84.7 million in workers’ compensation costs.