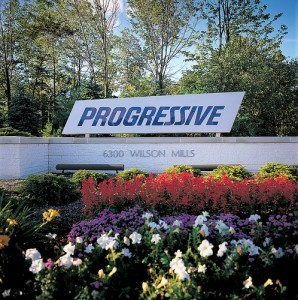 Progressive Corp. announced Thursday it reached a settlement with the family of Kaitlynn Fisher — a Progressive policyholder who died in an auto accident when her car was struck by an under-insured driver in Baltimore in 2010. The insurance giant also provided more details surrounding the case.

His sister held a policy with Progressive that included Uninsured/Underinsured Motorist coverage. Following the fatal accident, the Fisher family had received a small settlement from the other driver’s insurer, Nationwide. But because the other driver was underinsured, “that payment didn’t amount to much,” Matt Fisher wrote.

Progressive announced yesterday that “for the past week, Progressive has been in active settlement discussions with the family of Kaitlynn Fisher. We believed it was inappropriate to share further details while those discussions were ongoing. As of this morning, an agreement has been reached with the Fisher family to settle the claim. Prior to that, we were cautious with our responses, but now that the agreement has been reached, we’d like to further clarify Progressive’s role in the trial.”

The insurer said, “Ms. Fisher held a policy with Progressive that included Uninsured/Underinsured Motorist coverage, which protects drivers in the event they’re struck by an at-fault driver who’s either uninsured or doesn’t have enough coverage.”

“Under Maryland law, in order to receive the benefits of an underinsured driver claim, the other driver must be at fault. Sometimes this can be proven without the need for a trial, but in Ms. Fisher’s case, there were credible conflicting eyewitness accounts as to who was at fault,” the company stated.

“A trial was necessary so that a jury could review all of the evidence and come to a decision. In those circumstances, under Maryland law, the insurance company providing the Underinsured Motorist coverage is considered a defendant. As a defendant in this case, Progressive participated in the trial procedures on our own behalf while Nationwide represented the other driver.”

Progressive noted that on Thursday, August 9, a jury determined that the other driver was at fault in the accident involving Ms. Fisher. “In accordance with that decision, Progressive worked with the Fisher family and their legal representative to resolve the claim. This was a tragic accident and our sympathies go out to the Fisher family.”

The at-fault driver was insured for $25,000 with Nationwide, while Fisher had a $100,000 policy with Progressive, according to media reports.