A Virginia appeals court recently ruled that a waiter who was injured at work while attempting to swallow “a piece of quesadilla that was too big for his esophagus” can’t collect worker’s comp benefits. 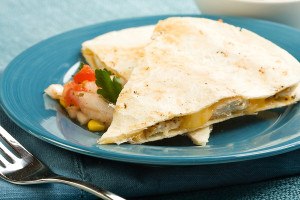 The Court of Appeals of Virginia in Richmond ruled on July 17 that the injury — esophageal perforation and collapsed lung — occurred in the course of the waiter’s employment but not as a result of an actual risk of employment, affirming an earlier finding by the Virginia Workers’ Compensation Commission.

In 2010, claimant Michael Bernard worked as a host and waiter at a local TGI Friday’s restaurant, according to court documents. Part of his work responsibilities was to make food recommendations to the guests.

To that end, the employer periodically conducted food tasting demonstration programs to introduce staff to new menu items. Staff would then be able to describe the taste to customers and to recommend the new menu items.

These tastings were at no cost to the employees and occurred while employees were “on the clock.” While attendance at the food tasting activities is mandatory, no employee is required to eat anything they do not want to eat.

The Workers’ Compensation Commission also found that Bernard “was not required to taste anything” and “did not anticipate being disciplined” if he chose not to sample the food.

In January 2010, Bernard sampled a quesadilla. Though he had never before had problems swallowing food, Bernard choked on a partially chewed bite of the quesadilla. It lodged in his throat and perforated his esophagus.

He was taken to an emergency room and diagnosed with an esophageal perforation and collapsed lung. He underwent emergency surgery to repair the injury.

Bernard filed a worker’s compensation claim, contending the injury occurred in the course of his employment and arose out of an actual risk of his employment. He did not allege the quesadilla was unusual or defective in any way. Bernard has had Crohn’s disease since childhood, but he did not claim, nor did the evidence prove, that some peculiar quality of the quesadilla triggered his underlying Crohn’s disease.

Bernard conceded he “attempted to swallow a piece of quesadilla that was too big for his esophagus.” But he argued that the incident should be covered by the workers’ compensation statute because TGIF “provided” the quesadilla and “encouraged” him to eat it.

The court stated that the Workers’ Compensation Act applies when the claimant “satisfies both the ‘arising out of’ and the ‘in the course of’ prongs of the statutory requirements of compensability.

The concepts “arising out of” and “in the course of” employment are not synonymous and both conditions must be proved before compensation will be awarded, the Virginia appeals court ruled.