A New Jersey Superior Court judge recently issued a written ruling, holding that, as a matter of first impression, it was inappropriate for a lawyer to question his client during trial as to whether his vehicle was “totaled” as a result of an accident with the defendant’s vehicle. The judge relied entirely on an MWL chart on our website and a Claims Journal column entitled “When is a Vehicle Considered a Total Loss.” Judge Joseph Marczyk also wrote a letter to MWL, advising that he found the article “well-written and very helpful in trying to articulate how misleading the term “totaled” can be in the context of an automobile negligence action.” It was the first time a ruling of this sort had been made in a New Jersey state court. 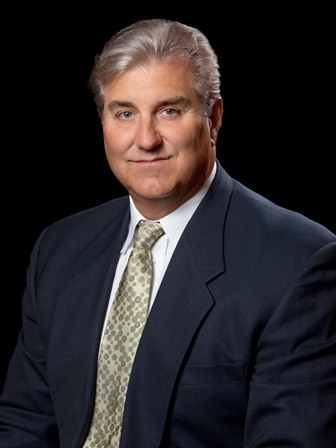 In Kuzian v. Tomaszewski, 200 A.3d 931, 934 (N.J. Super. Ct. Law Div. 2018), the plaintiff sued for permanent injuries resulting from a motor vehicle accident caused by the defendant. During the direct examination of the plaintiff at trial, the plaintiff’s counsel inquired as to whether plaintiff’s vehicle was “totaled” as a result of the subject accident. Defense counsel objected arguing the question was improper. Defendant argued that whether or not the vehicle was a total loss without more information could mislead the jury regarding the extent of the actual damage to the vehicle. After all, a vehicle can be totaled under the right circumstances if the frame is slightly bent. The plaintiff, in turn, asserted that whether the vehicle was totaled is relevant with respect to the extent of the collision and its corresponding impact on the plaintiff’s injuries, which can be considered by the jury pursuant to Brenman v. Demello, 191 N.J. 18, 921 A.2d 1110 (2007). Judge Marczyk ultimately sustained the objection on the basis of relevance and ruled that the question could not be asked or answered.

The interesting decision notes that in most circumstances either party can enter photographs of the vehicles involved in an accident into evidence pursuant to Brenman,which is often cited by parties in their attempt to present testimony that a vehicle was (or was not) totaled in an accident. In Brenman, the New Jersey Supreme Court permitted the utilization of photographs of the damaged vehicles in a personal injury case. It determined that a jury could consider the photographs in evaluating the seriousness of the accident and its impact on plaintiff’s injuries. A jury charge is routinely given in auto negligence cases consistent with Brenman. Specifically, jurors are instructed:

A number of photographs of one or more of the vehicles involved in the accident have been introduced into evidence. These photographs show the damage or depict the condition of the vehicles after the impact. As judges of the facts, you may attribute such weight to the photographs as you deem appropriate taking into consideration all of the other evidence in this case. In some accidents resulting in extensive vehicle damage, the occupants may suffer minor injuries or no injuries at all. In other accidents where there is no or little apparent vehicle damage, the occupants may suffer serious injuries. In reaching your decision in this matter, you are to give the photographs whatever weight you deem appropriate. They are but one factor to be considered, along with all other evidence, in determining whether the plaintiff sustained injuries as a result of the accident.

Utilizing MWL’s materials on the subject, the judge noted that as a threshold matter, the term “totaled” has two very different meanings. He wrote:

When someone is told that a vehicle has been totaled it may conjure up images of a vehicle that has been completely demolished in a serious accident. Notwithstanding the connotations of the term, it also has an objective meaning within the insurance industry that means something entirely different from its colloquial use. In determining whether a vehicle is totaled or a total loss, insurance companies have to consider a variety of factors including: the cost of repairing the vehicle, the projected diminished resale value, projected rental costs, a comparison to the actual cash value of the vehicle, along with the projected proceeds of selling the vehicle for salvage. In insurance parlance, “[t]ypically, cars are considered to be ‘totaled’ when the cost to repair the vehicle is higher than the actual cash value of the vehicle. Practically speaking, however, it is not always practical to repair a vehicle even if the cost of repair is less than its actual cash value.” Gary Wickert, Esq., When is a Vehicle Considered a Total Loss? Claims Journal (Dec. 5, 2013).

The article can be viewed HERE. The MWL chart entitled “Automobile Total Loss Thresholds In All 50 States” can be seen HERE.

Judge Marczyk correctly pointed out that the criteria for deciding when a car is a total loss and when it can be repaired varies from insurance company to insurance company and might even be dictated and controlled by state statute or regulation. Ibid. Given the different meanings of totaled, it is improper, in the court’s view, to allow either party to raise this issue. Simply because a vehicle may have been totaled, without more information, does not render the desired inference (i.e.,that the plaintiff was injured because of the severity of the accident) more probable than it would be without the evidence.

The plaintiff’s counsel properly introduced photographs into evidence that depicted the damage of the vehicle. However, the plaintiff’s attempt to ask a witness whether his vehicle was totaled is irrelevant in the court’s view. The court is mindful this issue is also routinely raised by defense counsel when the vehicle at issue is not declared a total loss. This is equally misleading and irrelevant. The court recognizes that the extent of the impact is relevant in automobile negligence actions. However, whether a car was totaled does not provide the jury with meaningful information with respect to the severity of the impact. Accordingly, any line of inquiry regarding whether a vehicle was totaled in an accident in the context of a personal injury action is irrelevant.

For the above reasons, the judge held that it is improper for plaintiff to question a witness as to whether a vehicle was totaled in an automobile negligence action so as to suggest the accident involved a significant impact. Whether a vehicle was totaled is irrelevant and should not be considered by a New Jersey jury in assessing the extent of a plaintiff’s injuries.

If you should have any questions regarding this article or subrogation in general, please contact at gwickert@mwl-law.com.

Gary L. Wickert is a partner with the Matthiesen, Wickert & Lehrer law firm, which specializes in subrogation law.