In today’s fast-paced, competitive world companies feel pressure to get the job done right and done quickly. Nowhere is this more evident than in the property industry, where adjusters strive to quickly handle assignments and exert better control over the claims process to minimize operating costs and keep policyholders satisfied.

During the scoping and estimating phase of the claims process, adjusters face several major challenges that determine whether they will succeed: efficiently documenting the loss, avoiding scoping errors, and tracking and responding to building cost trends. Several strategies can enable adjusters to complete claims assignments according to their companies’ highest standards.

The faster an adjuster can scope a loss, the better; however, accuracy shouldn’t be sacrificed. Adequately scoping structural damage is crucial because errors made during this phase have far-reaching repercussions later in the cycle. Making effective use of mobile technology is a great way to achieve these goals.

Few claims are as time-consuming or as dangerous as roof losses. According to the U.S. Bureau of Labor Statistics, more than one-third of all 645 work-related fatal falls in 2009 involved ladders and roofs. Adjusters can save time and reduce the risk when handling these losses by using aerial technology that leverages high-resolution images to produce detailed renderings of roof structures. In a total loss, aerial imagery also allows estimators to recreate exteriors of structures that have been reduced to rubble. Upon completion of the scoping phase, adjusters can use several strategies to maintain control while estimating repair costs.

Accurate scoping data does little good if the pricing data adjusters rely on to estimate repair costs is outdated. Material, labor and equipment prices can shift quickly, and changes rarely occur at the rate some would expect. Using current, localized data to track building costs is the best way to stay on top of trends as they unfold, as well as to write repair estimates that appropriately match the losses they cover.

For example, it is often assumed that material and labor rates will spike following a major catastrophe, but demand surges only affect costs when they outstrip the available supply in the market. The widespread hailstorms that struck parts of Illinois, Indiana, Kentucky and Missouri on April 28 demonstrated this point. According to media reports, wind speeds reached 60 miles per hour, and the storms pelted several areas with hail that measured up to 4.5 inches in diameter — roughly the size of a softball — and damaged tens of thousands of homes.

Yet the widespread damage did not have a drastic effect on the cost of roofing materials or labor. In fact, St. Louis, Mo., which experienced substantial damage, reported only one-fifth of a percent increase in average roofing labor costs one month after the hailstorms. The cost of 25-year composition shingles — a common repair item for hail damage — only rose 0.32 percent by June 1 (See “Average 25-Year Composition Shingle Cost” chart). 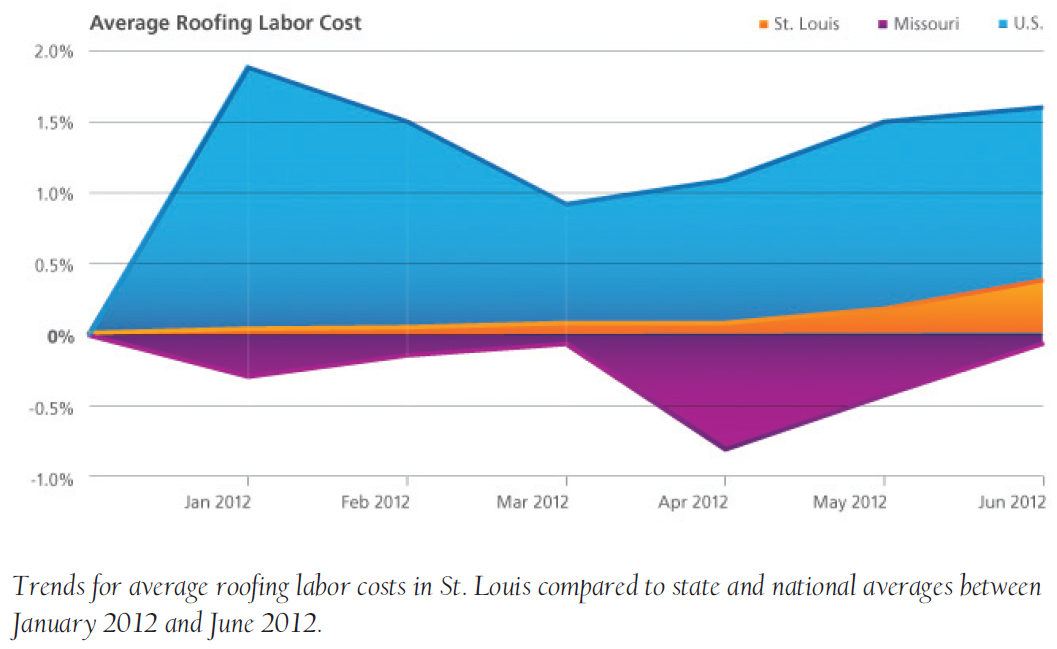 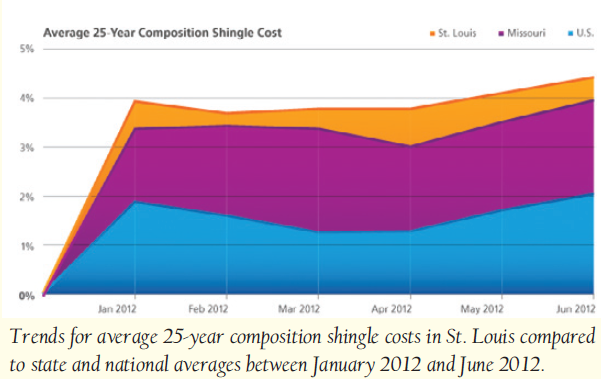 A post-hailstorm price surge might have occurred in a healthy construction market, but there are many contractors and service providers nationwide in need of work. After the storm passed, the local workforce was able, willing and eager to meet the increased demand for labor.

Adjusters who carefully monitor building costs in their local areas and make adjustments based on these shifts are in a better position to exert more control over their claims handling. This strategy also ensures they are writing component-based repair estimates that reflect the conditions of the markets they service.

By apply these strategies during the scoping and estimating phases of the claims cycle, adjusters can improve the speed of their claims handling while making sure the job gets done right.